The Sergeant-led Ranger Battalion demanded strong leadership at the ground level, not from behind the computer screen (or email). As an Army Ranger, Josh learned firsthand what “leading from the front” was. Josh would apply these lessons in leadership to the next twenty years of his career.

Josh’s unique experiences and training would provide a critical knowledge base for his future leadership in law enforcement.

Ranger Battalion would incorporate a hardened emphasis on perfecting the basics, attention to detail and everything validated through realistic training. An area typically under-appreciated and overlooked by law enforcement administrators. Like leadership, these lessons would also carry with Josh to the present day through his various roles in law enforcement.

“Human beings are made up of flesh and blood, and a miracle fiber called courage.”
– George S. Patton

In September 2001, Josh would be part of a Special Operations Task Force spearheading Operation Enduring Freedom (OEF) and the U.S. Involvement in Afghanistan in the days following the 911 Terrorist Attacks.

Josh would return from overseas and prepare to begin his law enforcement career goals.

After his Honorable Discharge from the U.S. Army in 2002, Josh attended the Alexandria Technical College (Alexandria, MN) to complete his Law Enforcement degree.

In 2007, Josh would re-enter military service with the Minnesota Army National Guard. He would be a Sergeant overseeing an Infantry Team. He would participate in civil disruption operations in support of the Republican National Convention and a Quick Reaction Force in support of the 2008 Presidential Inauguration in Washington D.C.

In 2010 – 2011 Josh would again deploy overseas to Iraq in support of Operation New Dawn. As an element leader, he led dozens of combat missions from Kuwait into various locations in Iraq during the U.S. withdrawal.

In addition to his operational actions in the military, Josh would take part as a Rapid Response Force Instructor, training and mentoring foreign services such as the Norwegian and Croatian military.

Josh would finally leave military service with an Honorable Discharge in 2012. 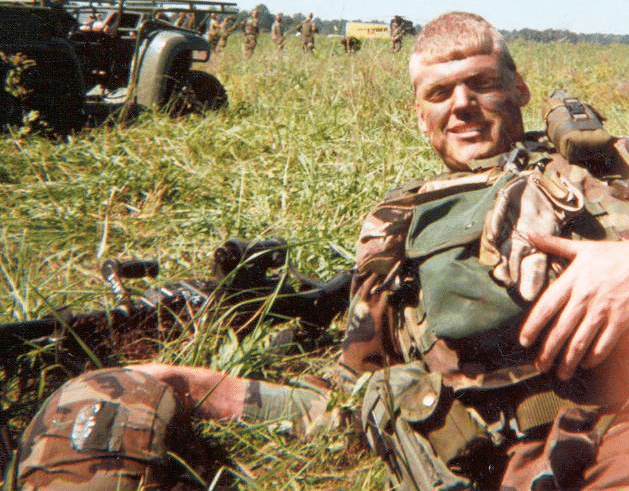 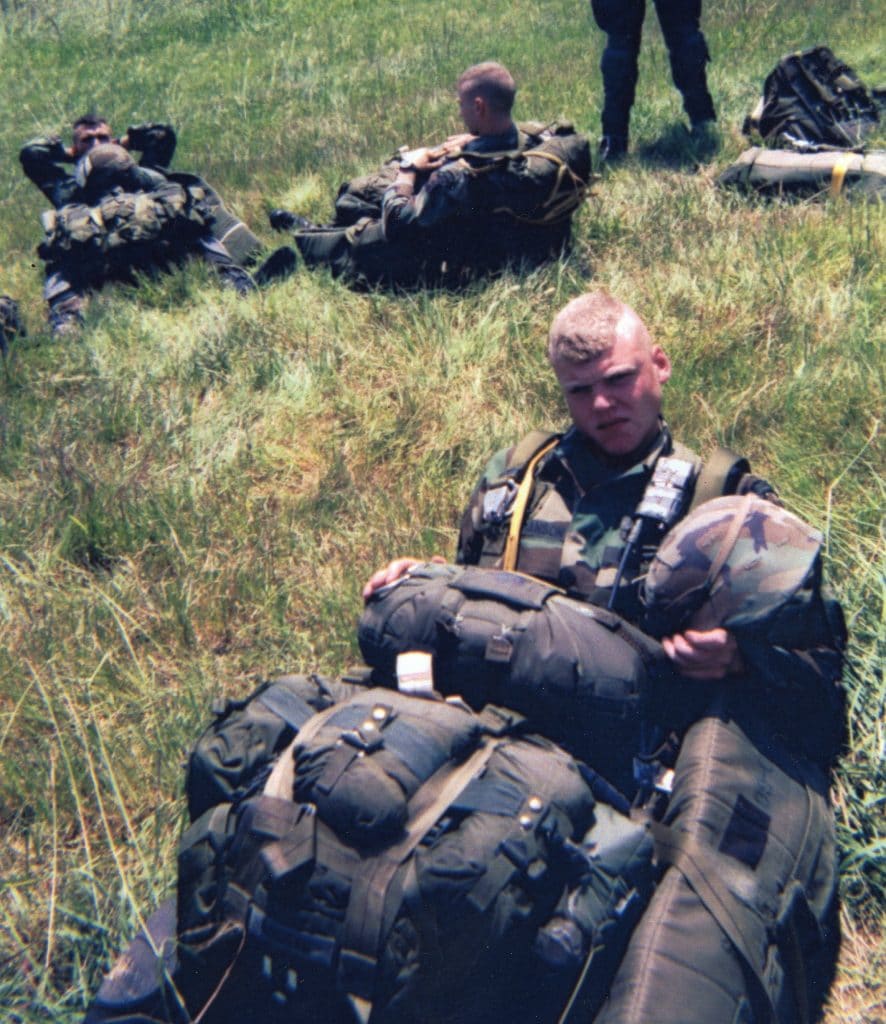 In 2005, Josh would begin his law enforcement career with the City of Goodhue, initially as a part-time Police Officer. After a short time would be hired as the Chief of Police.
In 2007, Josh became a Police Officer with the City of Kenyon. The City went away from contract policing with the Goodhue County Sheriff’s Office. It determined a course to re-establish and maintain its police services, which it still retains today.
In 2009 Josh was hired as a Patrol Deputy with the Goodhue County Sheriff’s Office. In addition to his Patrol duties, he also found himself assigned as a Four Seasons & Water Patrol Deputy working in the Recreational Enforcement Division. Josh also held assignments as a Field Training Officer (FTO), Crime Prevention Specialist. He took on various community engagement roles throughout the County.
Josh was one of the first Crisis Intervention Training (CIT) certified Deputies in the Office. He attended both the basic and advanced courses to assist the Patrol Division with mental health crises in the field. Here, Josh gained his appreciation for specialized training for field encounters with those in a mental health crisis.
Josh would initially be assigned to the Goodhue County Multi-Jurisdictional Emergency Response Team (ERT) as a team member and promoted to Team Leader shortly after.
Josh would be involved in various other functions and special assignments throughout the Office. 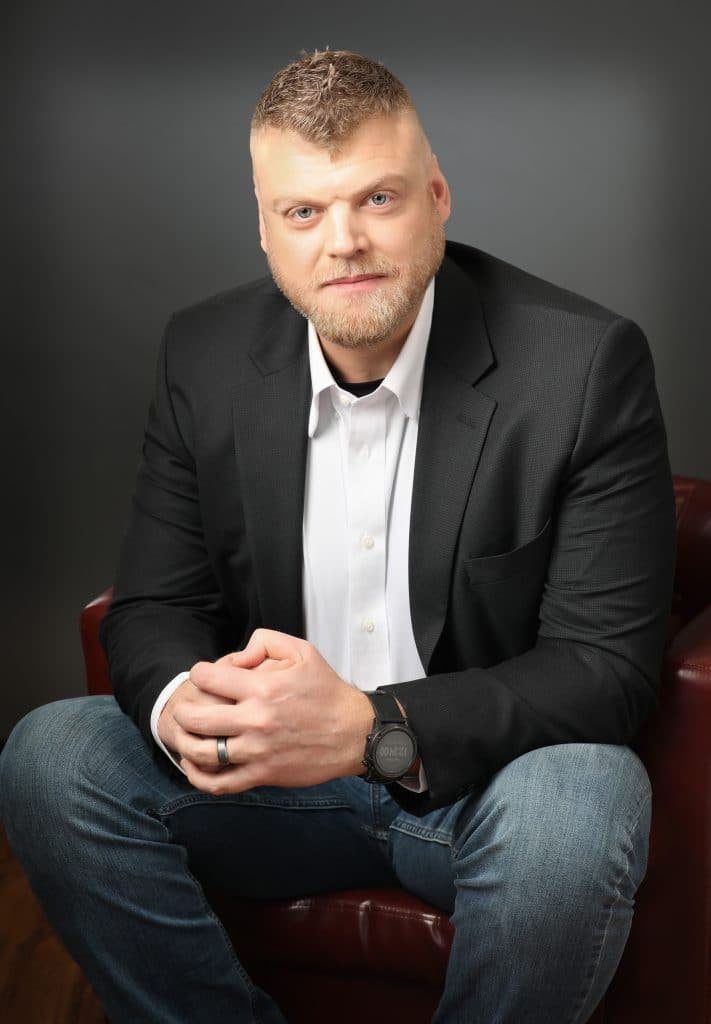 "Never tell people how to do things. Tell them what to do and they will surprise you with their ingenuity."

In 2015 Josh would be promoted to Patrol Sergeant, leading one of four Patrol Teams of the Sheriff’s Office. He was always known to be a mentor and lead from the front during calls for service.
As a Sergeant, Josh carried a genuine love and concern for the men and women serving with him in the field. He was known to have a sincere regard for each of his Deputy’s mental and physical welfare.
As a Sergeant, Josh would respond to, coordinate and manage numerous large-scale emergencies and be part of multiple critical incidents throughout his tenure.

In 2016 Josh would become Commander of the Emergency Response Team. He would plan, coordinate and execute over forty (40) high-risk special operations throughout Goodhue and Wabasha County. In addition, he would also provide consultation to incident commanders in the field to assist in the mitigation of complex calls for service, ensuring citizen, law enforcement, and suspect safety. Josh would adopt standardized doctrine at the County level and write training manuals and implement Standard Operating Guideline (SOG) to guide all tactical and otherwise high-risk operations. He would also develop and implement a tiered contingency and de-escalation strategy to support the team’s life-saving mission.

Josh understands that the modern “SWAT Cop” is required to have a heightened physical and mental fitness level. In addition, they must have the ability to think “outside of the box.” He would coordinate the development of a selection process for tactical team candidates.

Josh would revolutionize high-risk operations in Goodhue and Wabasha County. Josh attributes this success to simply understanding what he knows, being humble enough to know what he does not know. He also turns to subject matter experts to build the various components of the team. This concept is a core component of Josh’s leadership methodology.

In addition, Josh believes that another critical component to success is building essential partnerships with surrounding jurisdictions. Josh would also coordinate the revision of a regional multi-agency joint powers agreement to support mutual-aid assistance for high-risk law enforcement operations.

Employee of the Year

In 2018 Josh was presented with the Goodhue County Sheriff’s Office Employee of the Year Award.
“Sgt. Hanson’s “Lead from the front” style of leadership and his continuous “get the job done” mentality and positive attitude gives confidence and builds morale to all Deputies and Officers around him. As a Patrol Sergeant, FTO Supervisor and ERT Commander along with numerous other duties, he shows that he is an extremely well-rounded employee of the Sheriff’s Office that has given more than ever could be expected of him…For these reasons and more, Sergeant Josh Hanson is the 2018 Goodhue County Sheriff’s Office Employee of the Year.”
“I never could be a partisan leader – a man of one idea.” – Joshua Chamberlin

In 2019 Josh was promoted to Patrol Captain, responsible for the 40+ member Patrol Division and its three primary functions – Patrol Operations, Civil Process, Court Security, and the Recreational Enforcement Division. He would lead the Patrol Division through the onset of the COVID-19 Pandemic and the regional civil unrest and police reform movement of 2020.
Josh would direct the largest division in the Office. Josh would be involved in all the functions of the Office. He would be the liaison between the Office and the various communities throughout the County, especially those with policing contracts. He was also the point of contact between citizen complaints and the Office, tasked with mitigating and investigating these complaints.
Josh would be involved in updating and developing the Office’s Lexipol Policy and operational procedures.
Josh would help develop a hiring and selection process for Patrol Deputy candidates. The process would help ensure the County selected only the most qualified, well-rounded, and best out of the highly competitive hiring pool.
Josh’s promotion to Captain would bring a deep understanding of the Goodhue County Sheriff’s Office 10-million-dollar operating budget and Capital Replacement Plan and the complex County-level budget and finance operations.

In 2021 Josh sought the opportunity to become the Goodhue County Emergency Management Director following a retirement. After being selected for the position, Josh became the County leader in emergency preparedness, planning, response, and recovery. He coordinates between all federal, state and local government, private sector and volunteer organizations to accomplish the Emergency Management function in Goodhue County. Josh continues in this role today.

In Josh’s words, “it’s the 10,000 foot view”. Josh’s vast understanding of Goodhue County, coupled with his broad experience provides him with a unique perspective on the threats, hazards and other local, regional and national impacts to Goodhue County.

General information on where and how to vote in your area:

Not sure where to vote? Check here! Polling Finder: